Happy Chemicals and How to Hack Them

At least 1 in 3 people in the world who were surveyed in 2020 were unhappy. That’s a huge portion of the population. 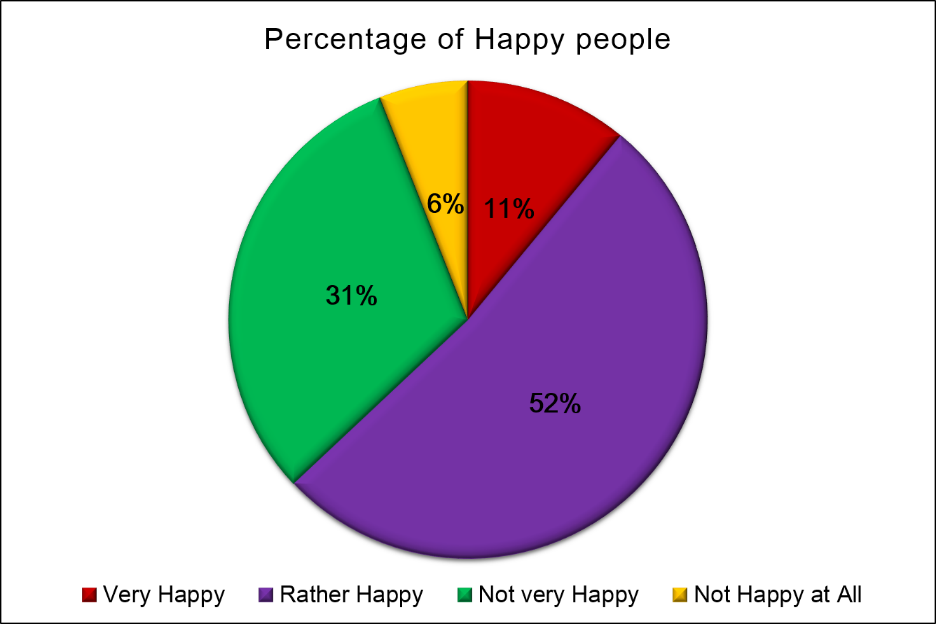 Hormones are chemicals produced by different glands in our bodies. They act as messengers and play an important part in many biological processes in the body. One of these important functions is helping regulate our mood. Certain hormones are known for the promotion of positive feelings, including happiness and pleasure. Four primary chemicals are responsible for positive emotions that we feel throughout the day: dopamine, oxytocin, serotonin, and endorphins (sometimes referred to as DOSE). By understanding how these chemicals work on a basic level, we will be able to understand that how they affect our daily happiness. 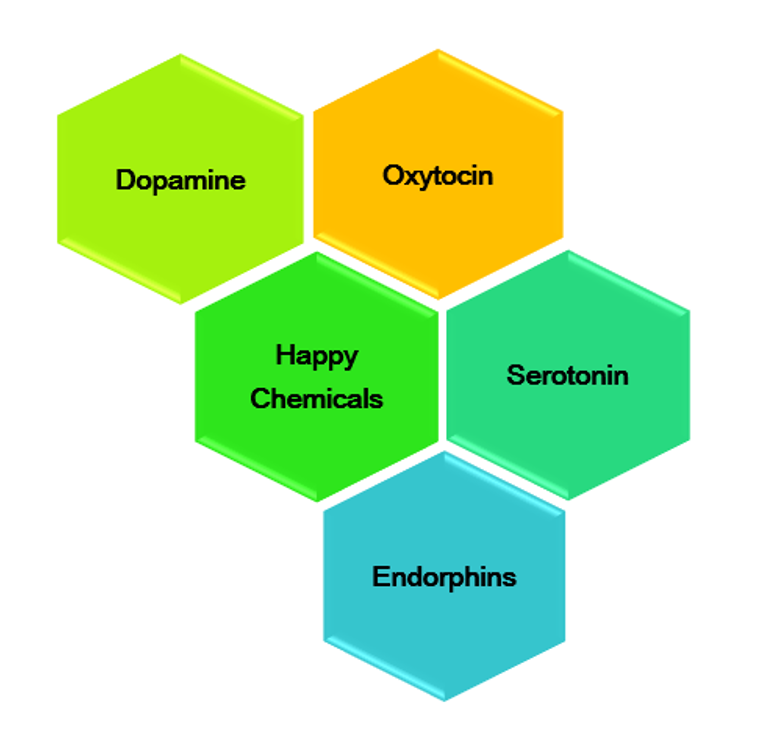 It is also known as the “reward” hormone. Dopamine is a neurotransmitter and works as an important part of our brain’s reward system gives pleasurable sensations, along with learning, memory, motor system function, and more.

Nowadays, it is in news regarding tech addiction as the level of dopamine increase and give that little happy feeling when someone likes our post on social media when we fill in a checkbox or complete a small task. Today, dopamine is what helps you get through your to-do list or motivates us to start a new habit. 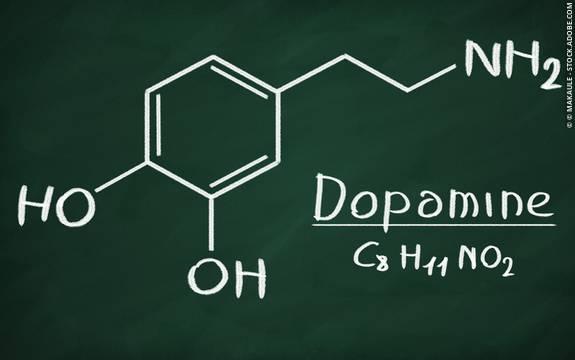 To increase dopamine levels one can opt for completing a task, by doing self-care, consume healthy foods, and celebrate little wins.

Oxytocin is often demonstratively referred to as the “love hormone” because it is released by the brain during physical contact. It’s also the feeling behind love, friendship, or deep trust. Oxytocin is the main reason behind the social nature of humans. What’s exclusively great about oxytocin is that it often works in two give and take ways. It can help us fight stress, improve our relationships, and promote long-lasting positive emotions. There's even some evidence that oxytocin could assist in physical wound healing. 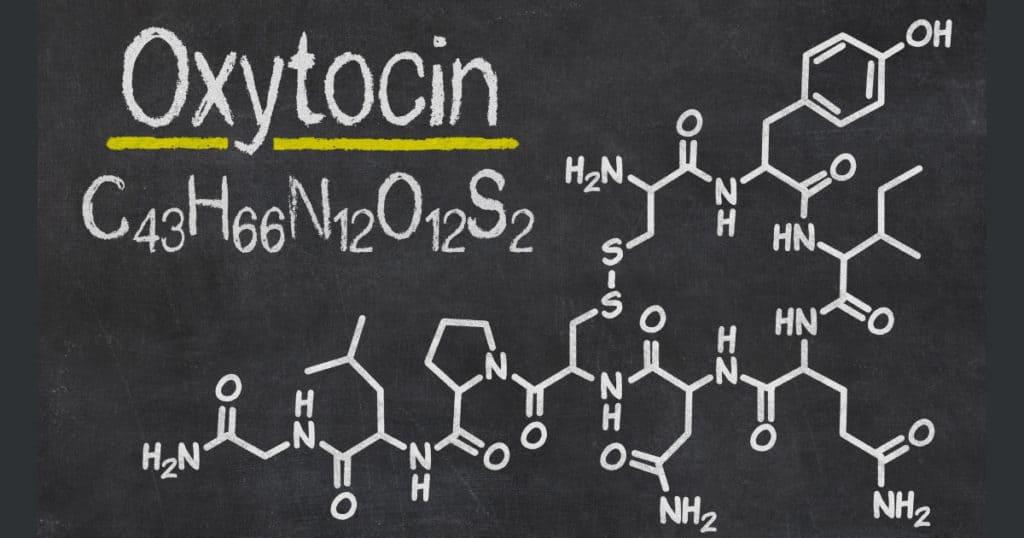 Oxytocin levels can be increased by playing with babies or pets, hold hands and hug your family, give compliments to friends, relatives, and colleagues.

Serotonin is also known as a "mood stabilizer" and works as a social chemical, but it functions in an entirely different way. Serotonin plays a role in the dynamics of pride, loyalty, and status. When we feel a sense of accomplishment or recognition from others, we are experiencing the effects of serotonin. This could be from receiving your diploma, crossing the finish line in a race, or being appreciated for hard work in the office. Serotonin can create strong, positive emotions. 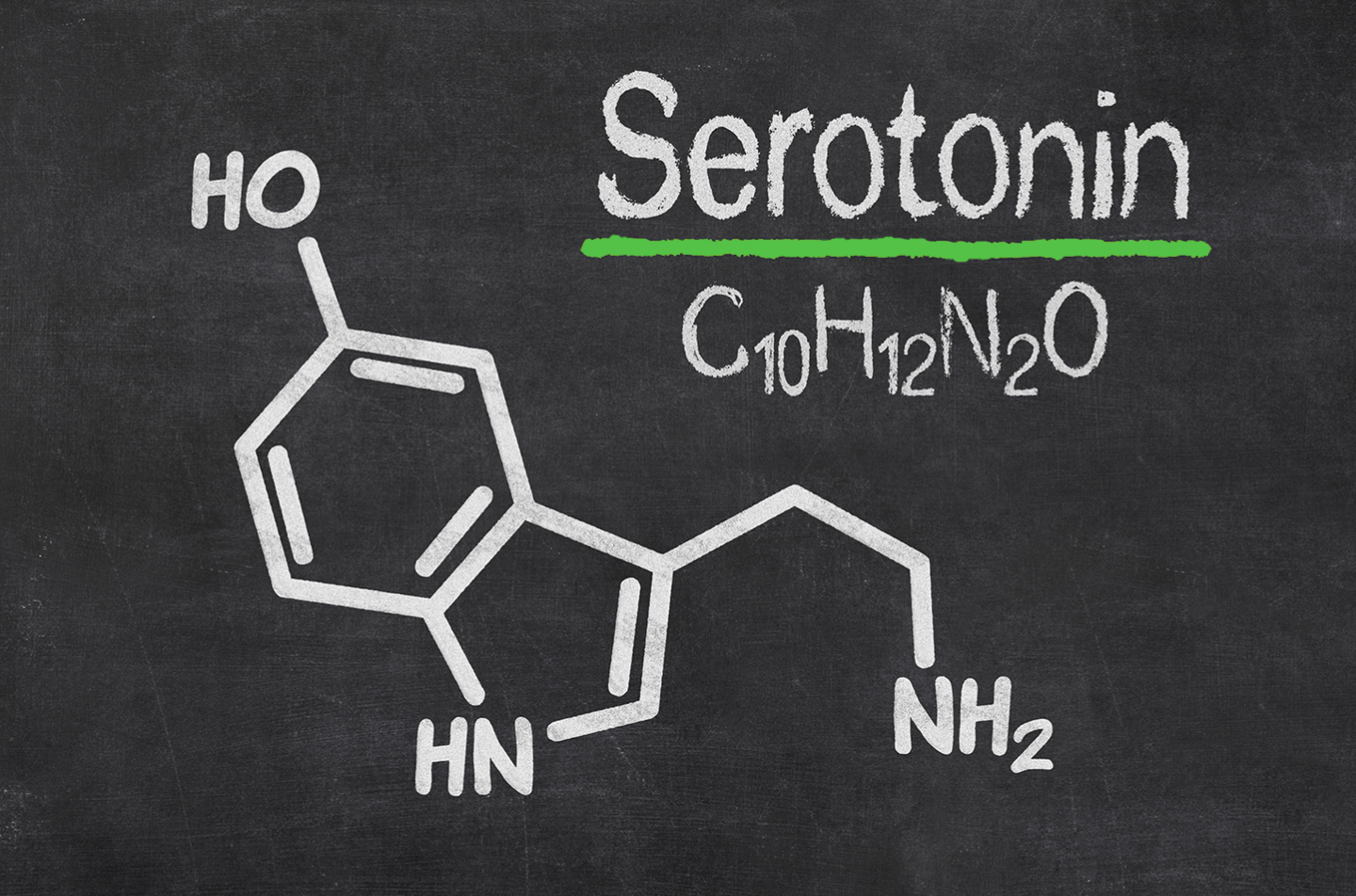 Interestingly, serotonin can help build both sides of social dynamics. Serotonin is what motivates a leader to excel and grow their influence - to win awards and become popular in the news. But serotonin also compels their followers to do well and to not let down their leader, parent, or teacher. Serotonin also plays a role in many crucial systems in our body beyond just our well-being and happiness. It’s believed to affect digestion, bone growth, and even organ development.

Serotonin can be increased by meditation, running, sun exposure, and walking in nature.

Endorphins are essentially released in response to pain that’s why known as “pain killers”. They help us push our bodies beyond their comfort levels. Once you remove the pain part of the equation, endorphins can feel like a "high" or even just a nice relaxing feeling. Taking a cold shower in the morning, for example, can give you a huge boost of endorphins.

Endorphins are the reason exercise is often suggested to help with stress. They’re the reason why starting a gym routine can help you relax after a long day at work.

Each of these chemicals plays a huge part in the way our bodies function: physically, mentally, and emotionally. By understanding the role these hormones have, you can better understand how they are affecting you in everyday situations. The more you know, the more you’ll be able to take control of those effects and enjoy a healthier, happier life.

To reiterate, here’s a quick overview of these brain chemicals: 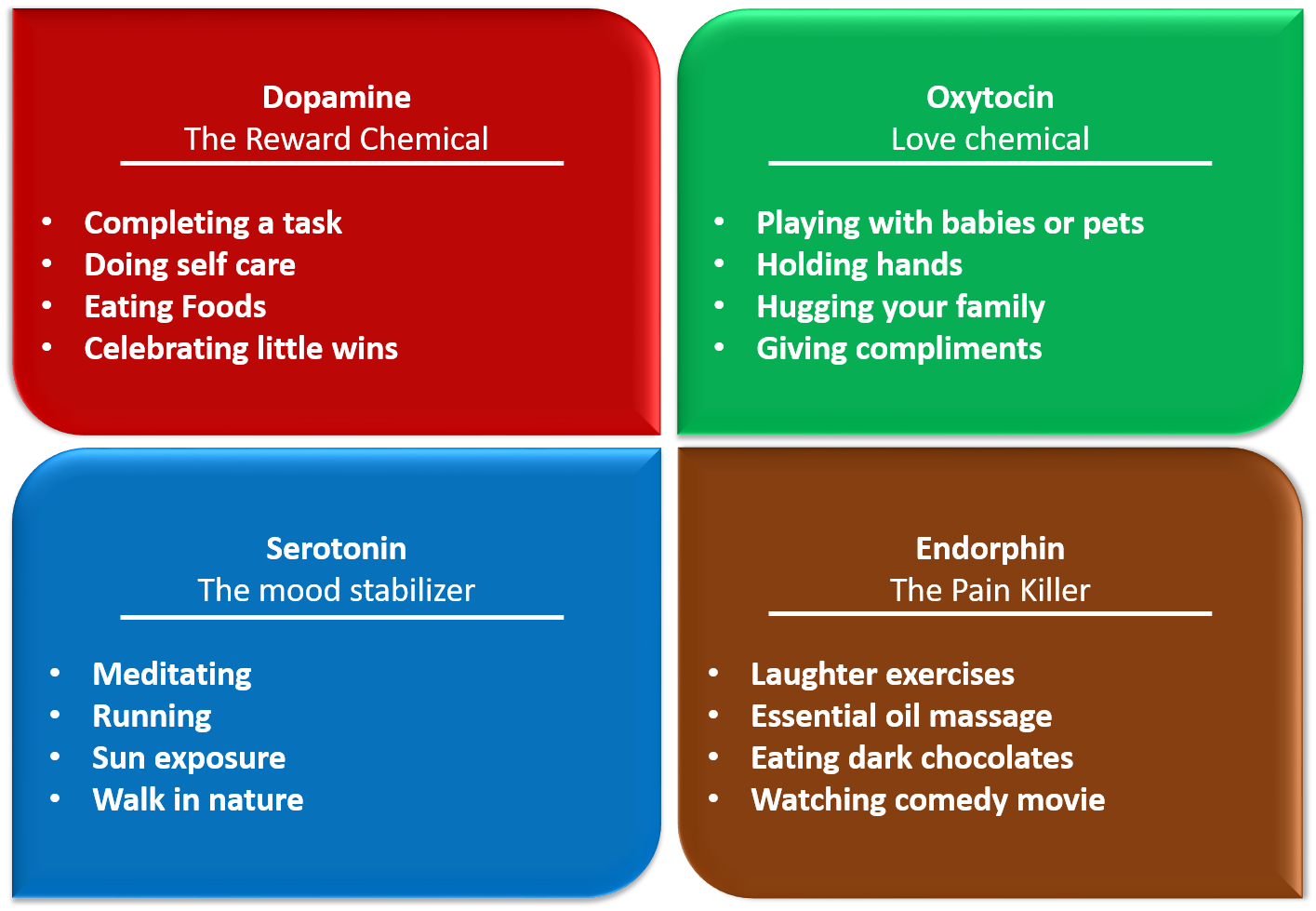